12 Common Phrases That Are Shockingly From the Bible 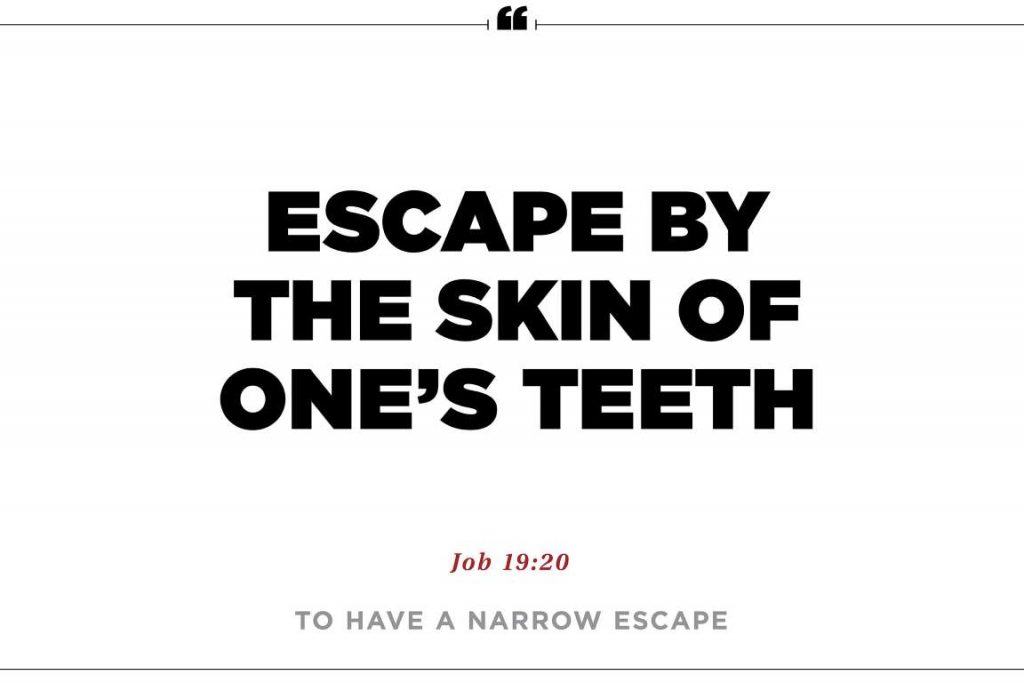 ‘BY THE SKIN OF MY TEETH’

This is one of the many proverbs that owe their origin to the colorful language of the Book of Job. The tormented hero Job is complaining about his woes. He has become, he says, so emaciated that ‘my bone cleaveth to my skin and to my flesh, and I am escaped with the skin of my teeth.’

The proverbial meaning is that he has missed death by a tiny margin—as narrow as the (non-existent) skin on a person’s teeth. But biblical scholars have argued endlessly about what the phrase originally signified. Some argue for a more literal interpretation: that Satan kept Job’s mouth—the skin of his gums, jaws, and lips—healthy in order to encourage him to blaspheme against God.

More recently, the heavy metal band Megadeath put an interesting slant on the saying when they used it as the title for a track on their third album in 1992. Frontman Dave Mustaine explained to a live audience: ‘This is a song about how many times I tried to kill myself and just couldn’t get the job done.’